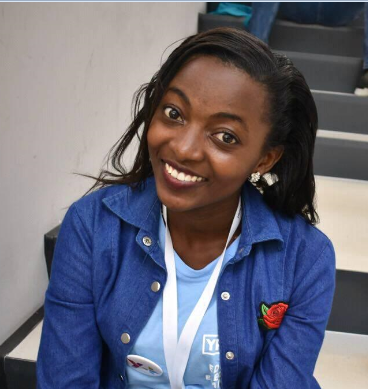 I had an opportunity of tuning into a webinar “Pan Africanism mass building for youth advocates” by Advocacy Accelerator which had three youth panelists. The webinar facilitator Catherine from Restless Development led the youth into finding out how they joined advocacy. It was crystal clear that passion drove most of the youth into advocacy. This was observed while the youth panelists introduced themselves for example Christina Kirimba from Malawi is passionate about women rights.

What is Pan Africanism to young people?

According to Levi Singh from South Africa, Pan Africanism means realisation of his identity beyond being South African. It also means the liberation struggle for his country. Christina found that Pan Africanism meant people of Africa coming together to work for a common goal with a focus of having good governance. Sekka Ben a feminist advocate noted that it meant self-determination for Africans to work together, end inequality among men and women to create unity.

What is Pan Africanism beyond the colonial Period?

Previously, Pan Africanism was on a call for democracy, governance and economic development of Africa however there has been increase of inter country trades the East African Community which has led to economic development of Africa. The spirit of inter African trade has been captured properly which has led to free movement especially the East African community, brings unity and solidarity. Similarly young people have taken up art, music and participation in political power towards achieving self-determination.

Consequently South Africa being a hot spot for migration with people from other countries and a place of Xenophobia. It has been controversial to them because of the mixtures of different people. It is challenging to fellow young people given that they compete for the same access to power and resources. More so, the last Pan Africanism conference took place in Uganda in 2017 and it is unfortunate that there are not very many people working on the issue of bringing about another conference. The African Union being housed in a building which was built and fully funded by the Chinese does not add up to the values of Pan Africanism on self-determination which makes them divided.

I learned that it has been a success in movement building for example the recognition of minority groups and LGBTI at the African Union. More so languages have been learnt such as French, Portuguese Kiswahili and English which solves the problem of interacting freely among young people with English and French speaking countries. Similarity it is an aspiration for young people to delve into and requires them to learn from each other and share the struggles. It is easy to speak about Pan Africanism at the global and international meetings and difficult to advocate for it at national level. More awareness is still needed and better linkages at the national level should be built to create connection towards a common goal. Pan Africanism appears different to different countries. In the context of human rights especially sexual and reproductive health and rights, Egypt, Morocco and Chad detach themselves from Africa to Middle East.

AfriPolitanism offers opportunities to consider differences in cultural identity unlike Pan Africanism which may not focus on unity of cultures. It reframes a different narrative for young people in taking part into politics in broader perspectives. Afrocentrism is common among young people who are more into the western culture.

Communication and togetherness is a challenge especially for people who do not understand Portuguese, French and English. Kiswahili seems to be Pan African Language and does not acknowledge the differences. The broadening of the four languages in African counties should be taken up.

Young people still need to make noise and take up spaces because women involvement is low since their opinions in decision making seem not to count. Apart from Rwanda which has many more women in power. This has been identified in member states meetings which usually have two to three women. More empowerment is key especially in the northern parts of Africa and the creation of resilience for women for them to take up spaces.

What can be done differently?

Here is what young people want;