Sexuality Education for Adolescents in Uganda: The Modern Senga Strategy

In Uganda, young people face many challenges to their sexual and reproductive health (SRH). According to the 2016 Uganda Demographic Health Survey report, only 40 percent of adolescents have comprehensive HIV prevention knowledge, and one out of every four adolescent girls has begun childbearing. Use of contraception is poor among adolescents, with only half of unmarried women who are sexually active using any form of family planning, leading to a high risk for unintended pregnancies. Communication with young people on sexuality issues is key to empowering them with essential knowledge and skills to address their sexual health challenges. But who is best equipped to deliver such important information: parents and relatives, schools, or other sources?

Modern Times Require a Transition from Tradition
In traditional Ugandan society, communication on sexuality issues was a cardinal role of paternal aunties and uncles, called senga or kojja respectively in central Buganda. Girls and sometimes boys between the ages of 10 to 14 years were sent to their respective aunt or uncle for coaching or instruction on puberty and grooming, engaging in intimate relationships, and gender-specific roles about looking after a family. This prepared them for the transition to adulthood and marriage. The role of the senga was central to ensuring the longevity of marital relationships.

In modern times, the role of the senga still exists in Uganda, but the advice they give to teenagers now is often more focused on educational or career achievements, and the sengas play a mostly symbolic role at traditional marriage ceremonies. Young people also may not have the time and opportunity they once would have to interact with their paternal aunts and uncles for special sexuality education discussions. The erosion of this once highly effective cultural system creates a gap for ensuring that young people receive accurate, caring information to help them navigate the transition to adulthood and the complexities of SRH.

What, then, is a good alternative? One option is for parents themselves to provide this information. However, recent studies in East Africa and throughout sub-Saharan Africa show that young people and their parents find it challenging to talk about these issues. Parents also feel uncomfortable and shy discussing sex and reproductive health because of ingrained cultural restrictions and taboos. They often feel that they have inadequate knowledge about such sensitive issues and limited skills with which to address them.

Given that young people typically spend a large proportion of their time at school and that the school environment is a place where education can be shaped, vetted, and standardized (unlike via media or social media), school-based SRH education may be an effective way forward.

CSE is proven method for empowering young people with the knowledge and skills to make informed decisions regarding their sexual health. Scientific evidence from an analysis of 33 school-based studies conducted among low- and middle-income countries show that CSE promotes good SRH outcomes among young people, including delay in sexual initiation and safe sex practices (condom use or having fewer sexual partners). CSE has been found to be more effective than abstinence-only promotion programs or no sexual education at all. A cost analysis of CSE programs in school-based settings in six countries concluded that CSE programs that are embedded in a compulsory school curriculum are more efficient, with more potential to scale up compared with programs outside the curriculum.

Uganda is privileged to have increased universal primary education enrollment up to 85 percent for all children. However, the dropout rates at primary level are high—as much as 70 percent in rural areas. To reach as many students as possible, it is important to begin sexuality education in schools early, at the primary level. Doing so has the added benefit of reaching most students before they have engaged in sexual activity, making the lessons a good foundation for future relationships and behavior intentions.

A Pilot Study Puts Sexuality Education into Practice in Southwest Uganda
A group of university undergraduate and Ph.D. students recently led a CSE program for combined classes of 30 to 50 young adolescents, ages 10 to 14, in 15 primary schools in southwest Uganda. The program was led by Mbarara University of Science and Technology in collaboration with Uganda Martyrs University; Ghent University, Belgium; and Vrije Universiteit Brussel. It included age-appropriate, culturally relevant, and scientifically accurate sexuality information developed in close collaboration with the partners and Ph.D. students, and in consultation with international guidelines and Ugandan school curriculum. The CSE program was delivered through weekly 1- to 2-hour sessions for 3 weeks per term between August 2016 and April 2017.

The program received positive feedback from key stakeholders, including pupils, teachers, and parents, who said they found the program relevant. Pupils indicated improved knowledge on SRH and changes in their attitudes regarding gender roles and responsibility. The program also enhanced their future decision making skills, such as learning prevention of pregnancy or sexually transmitted infections, and boosted their reporting skills.

“I now know how menstruation occurs and what to do during menstruation.” — Female pupil 1
“I have learnt that it is the responsibility of both a girl and a boy to prevent pregnancy.” — Female pupil 2
“I enjoyed [the] self-esteem [lesson] because before, I never believed in myself, but now I do and I can make my own decisions.” — Male pupil 1

“After the teaching, some girls come well prepared (during menstruation) and in case one messes up her uniform, she is not ridiculed like before but helped by fellow girls and boys.” — Female teacher
“We welcome this training here at school…. It serves as a wake-up call to some parents who did not [advise their children]… now they try to teach their children.” — Male parent

Misconceptions about CSE’s influence on children’s sexual behavior, such as a perception that CSE may lead to early onset of sexual behavior, mean that it is currently not very accepted in schools. Many high-level decisionmakers, including politicians and religious leaders, do not support it. The positive remarks from teachers, parents, and pupils from this CSE pilot study, however, suggest that improving communication about CSE to dispel misconceptions and incorporate it into school curriculums could establish CSE as an effective, modern-day senga. 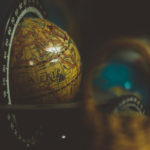 Advocacy to work in Africa, CSOs need to be Innovative 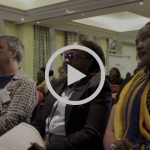 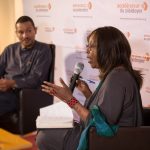 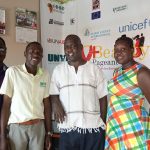