Pan-Africanism at work – Reflections from across the region 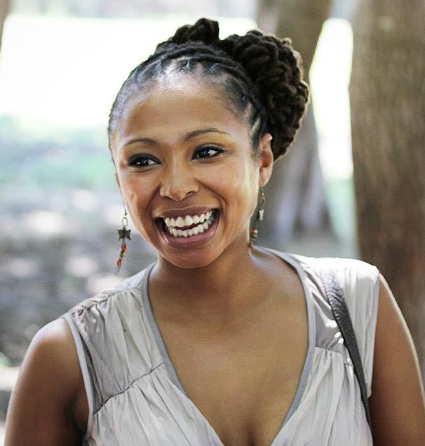 The Advocacy Accelerator recently hosted a webinar exploring the potential for youth advocacy to disrupt, innovate and re-purpose our approaches to Pan-Africanism in practice in the twenty-first century. The webinar considered issues of ‘’ What pan-Africanism means to young people today ; how do we develop a common language (accessibility & shared meanings) and;  what are the resources that we can share to strengthen meaningful participation for women and young people?’’

These are all very big questions, and ones that inspire more thinking and reading, than a silver bullet that will magically deliver us from the effects of a post colonialist struggle in a globalised world. The webinar provided exciting insights into different ways of understanding and advancing a Pan-Africanist agenda among young people.

The panel was made up of three discussants and a moderator dialing in from Kenya, Malawi and South Africa. All critically advance a Pan-Africanist agenda and advocate for the sexual and reproductive health rights for women and girls across multinational platforms.  Speakers began by considering how they became involved in Pan-Africanist advocacy and what it means to them.

Christina was catapulted through her involvement in the African Youth Networks Movement, Levi spoke of facilitating youth participation in Climate change negotiations in Durban, while Varyanne traced her youth advocacy back to her university days. These experiences shaped their understanding of Pan-Africanism and surfaced some of the practical barriers encountered in working towards an Africa that is self-reliant, united, and owns her narrative.

Taking root in the twentieth century, Pan-Africanism was borne out of a collective movement against slavery and colonialist oppression. It holds a fundamental belief that as Africans we share not merely a common history but a common destiny (Okunade & Oni, 2018).  The conceptual heroes in the early twentieth century who led at developing a political philosophy and social movement to advance Pan-Africanism include Kwame Nkrumah; W.E.B Du Bois; Patrice Lumumba; Marcus Garvey; and Muammar Gaddafi as a few (Adi & Sherwood, 2003; Adebajo, 2013).

The under celebrated heroines likes Amy Garvey, Amy Ashwood and Claudia Jones, act as reminders of how women are sidelined in a patriarchal account of history (Blain, Leeds & Taylor 2016). The degree to which this has changed today remains debatable.

Pan-Africanism has been described as a commitment to; and belief in:  collective self-reliance; solidarity among native Africans and those in the diaspora; a governmental and grass roots movement for the realisation of African unity (Maserumule, 2016). Pan-Africanism has not been without its critics who challenge it as homogenising African culture and; too focused on individual nation states, and not the people of Africa (Kisiangani, 2013 ; Maimela, 2013).

Zoning into the African Union as the political machinery for advancing Pan-Africanism, panelists conceded that it has been a mixed bag since the establishment of the Organisation of African Unity in 1963, becoming the African Union (AU) in 2003 (Adebajo, 2013). Inter-Africa trade, university exchanges, good governance and human rights protections for vulnerable and marginalised groups were named as observable progress markers.

Free movement of people remains hampered through strict and costly visa requirements, working against the interests of youth (Kisiangani, 2013; Maserumule, 2016). This threatens and undermines the educational, trade and occupational opportunities that young people are seeking. The Africa Free Trade agreement signed by 44 African countries, brings us at the very least ideologically nearer to the free movement of people across the continent (Parshotam, 2017 ; Lennep, 2019)

Considering what Pan-Africanism means to youth today and whether it has changed since its early conception, all panelists agreed that there is a difference. Panellists put forward that youth today were mobilising with calls for good governance and human rights; environmental protections and economic development opportunities. These link youths across African state borders in a common regional pursuit that thanks to the internet, can play out across different continents.

Christina and Varyanne reflected that joint advocacy to support a pan-African vision of change is visible at regional and international platforms, less so within national social and political discourse (Maimela, 2013). This is critical for its success, ‘’ for Africa to be for Africans, Pan-Africanism needs to be a lived experience not an ideological project for political rhetoric’’ (Maserumule, 2016).

Christina located Pan-Africanism as a movement which proudly roots young people to their African culture, a vehicle through which young people can oust undemocratic leaders and take Africa in a new direction informed by their innovative strategies. The Africa Youth Envoy; Africa Rising and African youth movement were named as examples of a vibrant coming together of progressive young people mobilising for change on the continent.

As the strategic framework for Africa’s economic development over the next 50 years, the Agenda 2063 is aligned with the interests of young people, calling for (i) a prosperous Africa, based on inclusive growth and sustainable development; (ii) an integrated continent politically united, based on the ideals of Pan-Africanism; (iii) an Africa of good governance, democracy, respect for law and human rights, justice and the rule of law; (iv) a peaceful and secure Africa; (v) an Africa with strong cultural values and ethics; (vi) an Africa where development is people-driven, relying particularly on the potential of our best resource, our women and our young people; and (vii) Africa as a strong and influential global player and partner  (African Union Commission, 2015).

Ultimately panellists recognised that there remained many challenges in the pursuit of a coming together of all African people. The fact that three of the four official languages of the Afican Union are colonialist legacies was described as a continued access barrier for many; while Maserume (2016) asserts that more young people in Africa learning these languages can be thought of as local actions towards regional integration.

Looking ahead panellists expressed the need for more young women’s voices to be brought on board across political decision making structures. Christina reflected that political spaces in the African Union remained dominated by men, and that culturally women’s voices remained silent as compared to that of men. There is a need for more women’s bums in seats and power in decision making.

Varyanne agreed that a Pan-African discourse can only be relevant if there is a gender and class analysis. Continuing, she added that there exists an opportunity for young people to come together to explore the political possibilities for Africa’s future through considering a Pan-African feminist discourse.

Reflecting on the diaspora and where they fit in Pan-Africanism featured less centrally in the discussion, and could be an interesting voice to add to a future panel. In her TedXHouston video, Teresa Clare of Africa.com discussed the potential of harnessing the power of the African diaspora made up of 200 million people with significant representation in Brazil, the United States of America, and the Caribbean.

This blog was written by Greer Schoeman, a South African based researcher working in women’s rights and HIV prevention.  She completed her undergraduate at the African Gender Institute at the University of Cape Town, South Africa. In 2014 she was elected as a Kader Asmal Fellow, and completed a Masters in Social Policy at University College Cork, Ireland. Greer is passionate about ethnographic research and its potential to facilitate meaningful participation and transformation for vulnerable and under-represented groups. In her spare time, she loves to immerse herself in reading to learn about Africa’s under celebrated heroines.

Adebajo, A. (2013 May 26 ) Prophets of Pan-Africanism: From the OAU to the AU. Centre for Conflict Resolution Retrieved over http://www.ccr.org.za/index.php/media-release/in-the-media/newspaper-articles/item/129-prophets-of-pan-africanism-from-the-oau-to-the-au accessed on 24 March 2019

African Union Commission (2019 March 21) List of African Countries that signed the Establishment of the African Continental Free Trade Area (AfCFTA) at the 10th Extraordinary Sessions of the Assembly on the Launch of AfCFTA retrieved from https://au.int/en/pressreleases/20180321/list-african-countries-signed-establishment-african-continental-free-trade accessed on 27 March 2019

Ayodele, O. (2017, June 08) The road to Pan-Africanism must be inter-generational. In City Press. Accessed on 25 march 2019 retrieved from https://city-press.news24.com/Voices/the-road-to-pan-africanism-must-be-inter-generational-20170607

Dijnnit, D. (2018 June 4) What does it really mean to be pan-African in the 21st century? In European Centre for Development Policy Management retrieved over https://ecdpm.org/talking-points/what-does-really-mean-pan-african-21st-century/ Accessed on 23 march 2019

Kisiangani, E. (2013) AU and Pan-Africanism: beyond rhetoric. In Institute for Security Studies. Retrieved over  https://issafrica.org/amp/iss-today/au-and-pan-africanism-beyond-rhetoric

Maimela, D. (2013) Pan-Africanism of the 21st Century – Challenges and Prospects. In the Journal of the Helen Suzman Foundation issue 71, November 2013 retrieved from https://hsf.org.za/publications/focus/copy_of_focus-71-state-nation/pan-africanism-of-21st-century-d-maimela.pdf accessed on 25 March 2019

Oni, E. and Okunade , S. (2018)  Implication of Xenophibai for Pan-Africanism pp 47-48 In. The Context of Xenophobia in Africa: Nigeria and South African in Comparison. The Political Economy of Xenophobia in Africa, Advances in African, Economic, Social and Politicl Development. Springer International PublishingDOI: 10.1007/978-3-319-64897-2_4

Parshotam, A. (2017 August, 28) A brief guide to the Continental Free Trade Agreement. In Africa Portal retrieved from https://www.africaportal.org/features/brief-guide-continental-free-trade-agreement/ accessed on 28 March 2019