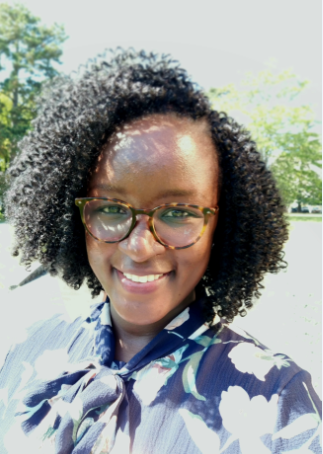 There are various definitions and approaches to understanding or discussing youth advocacy, the most instinctive is often “advocacy of any kind done by a young person” – whichever criteria of ‘young’ is used. There are of course other definitions of youth advocacy, for instance, advocacy on issues directly affecting youth and for youth inclusion in decision making done by anyone, youth or otherwise. While the later definition recognises the different approaches to advocacy, it is important to prioritise youth ‘led’ advocacy specifically when discussing youth advocacy as it centres the youth whose issues are in question and who are often excluded from decision making processes. After all, as it cannot be said enough, Africa’s largest population is that of youth and children, it is therefore unconscionable that this group is deliberately left out of decision making processes.

In a recent webinar by the Advocacy Accelerator on this subject, the panelists, Olabukunola Williams (Education as a Vaccine), Nana Abuelsoud (Ikhtyar African Feminist collective) and Peter Ngure (Youth in Action, Kenya) spoke about their experiences in youth-led advocacy and what drew them to the work they do now: exclusion from decision making and the resulting frustration. While inclusion and participation in decision making processes is a seemingly obvious solution to youth exclusion from making decisions that directly affect their lives, it is unfortunately not simple to effect. We therefore see several iterations of attempts to include youth in various policy making and decision making processes, attempts which are not without challenges, but these are attempts which do not constitute meaningful participation. The ladder of participation by Roger Hart[1] describes eight levels of participation represented by rungs in a ladder, the bottom three of which are not true participation, that is manipulation, decoration and tokenism, and tend to be the easiest fixes for those in power when faced with questions of exclusion. Meaningful participation is seen in the top five rungs of the ladder, assigned but informed, consulted then informed, shared decisions with youth, youth initiated and directed, youth initiated, shared decisions with adults[2].

To speak about disrupting power, one of whose outcomes would be inclusion, one has to first understand the factors which bring about and prop up exclusion in the first place. In other words, what are the dominant discourses and ideologies which serve as both foundation and scaffolding for political, social and economic exclusion of youth? Feminist discourse provides various means of understanding the context of exclusion and specifically understanding power. Patricia Hill Collins developed the ‘domains of power’ framework which outlines the fours domains of power, structural, cultural, interpersonal and disciplinary[3], and the Women Human Rights Defenders International Coalition developed an analysis of the contexts in which they work[4]. Both of these frameworks provide invaluable lenses through which to look at the factors of exclusion of youth in decision making. A common thread tying the two frameworks is the underlying understanding that domination lies at the core of our social system, as illustrated by patriarchy and capitalism which combine to perpetuate exclusion of those who are not in power and those without capital, including the youth.

We cannot disrupt the power which we cannot or will not name, so to speak of disrupting power as youth interested in or working in youth-led advocacy we must name and understand the powers we wish to disrupt, we must understand the manifestation of these powers and we must know what we need to do to avoid being sucked into the current systems of power which exclude and oppress us in the first place. The webinar’s panelists, spoke about gate keeping as one of the challenges faced in their youth-led advocacy, a challenge which, apart from being exclusionary, is also a clear indication of the paternalistic disregard with which youth advocates are treated. It is all too often the case that young people are dismissed as treatment of youth advocates. The same form of paternalism is the reason for assuming that youth are not in a good position to define their priorities and solutions to the challenges they face. When we attempt inclusion in decision making without either confronting power or altogether resisting its oppression, we end up with false forms of participation including tokenism, decoration and manipulation.

The African youth decade (2009-2018) plan of action prepared by the African Union marks 10years and presumably ends at the end of this year. This was meant to be a framework for “multi-sectoral engagement of all stakeholders towards the achievement of the goals and objectives of the African Youth Charter,” it was meant to accelerate youth empowerment and development. However this plan of action is not widely known and little is known of its implementation because there has been no publication of any updates by the African Union on the state of the African youth since 2011. In addition, the African Youth Charter which despite it’s numerous flaws, such us this paragraph in the foreword:

“Finally, the Charter outlines the responsibilities of Youth to their own development and to their countries and continent. In other words, the rights embodied in the Charter are accompanied by responsibilities as well. The Youth cannot expect governments to empower them while they do the opposite by abusing themselves in various ways such as substance abuse. To be able to get maximum benefits from the implementation of the Charter it is expected that youth would also develop and promote the required self-discipline.”[5]

In this paragraph we are aware that the youth cannot expect governments to empower them if they’re not self-disciplined. Conditionality is established for youth empowerment and development, akin to saying “you should be good youth if you want government to empower you”, yet another instance of paternalism. One might even argue the charter and the plan of action are decorative pieces to hand-wave issues affecting youth.

The recommendations on how to support and facilitate effective youth-led advocacy rightly include resourcing and capacity building, as iterated by the panelists on the webinar by Advocacy Accelerator. The panelists also spoke about inter-generational exchange between youth advocates and older (or traditional advocacy) to ensure knowledge is transferred and that efforts are sustained. Building youth advocates’ capacity and providing resources for their work is important, but without meaningful participation in decision making processes, these efforts would not amount to any significant or sustainable progress for youth advocacy.

This blog post was written by Varyanne Sika, a feminist development and women’s rights researcher, writer and editor. She founded and runs an African Feminist digital journal, the Wide Margin and can be reached at [email protected]