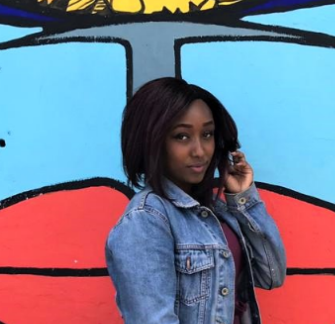 The origin of Pan-Africanism can be traced back to the struggles of the African people against enslavement and colonisation. And this struggle may be traced back to the first resistance on slave ships – rebellions and suicides – through the constant plantation and colonial uprisings and the “Back to Africa” movements of the nineteenth century. Over the years, the focus of Pan-Africanism is shifting. Rather than focusing only on identity, this “˜new’ Pan-Africanism is also a call for democracy, good governance and economic development. The renewal of this Pan-African attitude is manifested through increased intra-African trade, increased exchanges within Africa’s universities, continent-wide calls for good governance and the ubiquitous and growing membership of Pan-Africanist groups on social media platforms.

Pan-Africanism however, is a controversial subject in some African countries. Levi Singh, a panellist at the Advocacy Accelerator Webinar, shared that identifying as a Pan African in South Africa is as controversial as identifying as a feminist in Africa. South Africa has been ranked the third most Xenophobic country in the world, even as a fresh wave of xenophobic attacks currently hits the country. This is due to the fact that South Africa sees itself as detached from the rest of Africa. The attacks against foreigners prove that South Africans didn’t view themselves as part of the continent. And, the government had not educated South Africans to understand how much the continent had contributed and sacrificed to end apartheid:

They (the South Africans) are not really African—they are their own Africa.

Xenophobia is a paradox of present-day Pan-Africanism coupled up with difficulties encountered moving from one country to another within the continent. Visas are still required for an African to travel within the continent, even within some sub-regions like Economic Community of Central African States (ECCAS).

Despite the small increase in intra-African trade, which can be accredited to Pan-Africanism, most of Africa’s trade is still done with Europe and Asia. Intra-African trade, if strengthened would play a major role in Pan-Africanism. First, it would be a way of appreciating African resources and would contribute to the strengthening of the African economy. It would open up more possibilities for unity and solidarity amongst African countries and majorly contributing to the possibility of an AU passport.

Pan-Africanism is faced with the limitation of language. This is because language barriers mainly delay the communication process. It is a challenge to communicate strategies especially when the only version you have is in English. The official languages of the African Union are: English, French & Portuguese. However, not all African countries understand these three languages. Due to this, policies have to be translated into other languages in order to ease communication. This delays the process and in some instances, policies are passed before the translation process is complete. Language coupled up with time are a major limitation towards Pan-Africanism.

As a woman, knowing your voice is essential to Pan-Africanism as a movement. Christina encouraged resilience among women, even though there are few women in the spaces they occupy. Besides having an understanding and knowledge of women’s role in Pan-Africanism and the fight for independence, women should:

Pan-Africanism and the African Women’s movements work hand in hand and are in fact, inseparable, one cannot move without the other- both are a necessity for the triumph of the revolution.

There is a different outlook of Pan-Africanism by youth as compared to the older population. Young people look at Pan-Africanism as an innovative way to change Africa. They look at it from the point of view of rights, economic development as well as holding leaders accountable. As the power of globalisation continues to weaken boundaries of statehood, many young people in Africa are increasingly becoming aware of their own political and economic environment. It is in this regard that Pan-Africanism has found a viable niche for renewal in the 21st century among an educated grouping of middle-class Africans. Young people in Africa have seen so many “˜Pan-African presidents’ remain in power for decades without experiencing any development for their nations. They are tired of those who use the Pan-African rhetoric for their own interest. If the previous iteration of Pan-Africanism was a hymn to African identity and African unity, today the concerns of Pan-African youths are democracy and economic development.

Pan- Africanism acts as a reminder for the youth to stick to the roots of the African culture. Youth are also benefitting from Pan-Africanism. It is enabling them to sticking to the roots of the African culture. Another difference is the motivating factors behind joining the movement. The earlier generation of Pan Africans joined the movement due to the fight for independence while this is not the same for the youth as they are in a post-colonialism era.

There is need however for a shared understanding between the youth and the old of what Pan-Africanism is. The youth have the power to re-ignite the Pan-Africanism as well as reshape it.

“Afro-Politanism is but a crude commodification of the African culture; tapping into it so as to make a profit out of it” – Varyanne Sika, panellist, Advocacy Accelerator Webinar.

To explain Afro-Politanism, Varyanne gave examples of “Dashiki”, a design that is associated with Africa and the movie “Black Panther”. These are aspects that tapped into the African culture, stirring emotions of pride amongst the Africans, who still had to pay to watch the movie; hence making of profits by the West. She further went to describe Afro-Politanism as a lifestyle edit of Pan-Africanism.

Some people would argue however, that unlike Pan-Africanism, an ideology that has political agenda in its quest for solidarity between Africans globally, Afro-Politanism is geared towards social progress on the continent.

Afro-centricity, as a feature of Pan-Africanism, has sought to present Africa with a remedy to the effects of Euro-centrism and place Africa in its rightful position on the world scene. It is, however, about time Africans recognised the importance of viewing issues from the standpoint of the African perspective in order to reap the full benefits Afro-centricity offers.

Panellists at the webinar were of the opinion that young people only adapt to Afro-centrism if it was packaged a certain way by a certain people. However, if the packaging of Afro-centrism is funded by people that aren’t African, would it still be Afro-centric?

This article was written by Wanjiru Ndung’u, a young Kenyan woman, passionate about promoting the rights of young women and motivated to contribute to the creation of a platform that enables them realize their full potential. She completed an undergraduate in Gender and Development and is currently pursuing Project Management. She is a Programme Support Intern at Akili Dada.