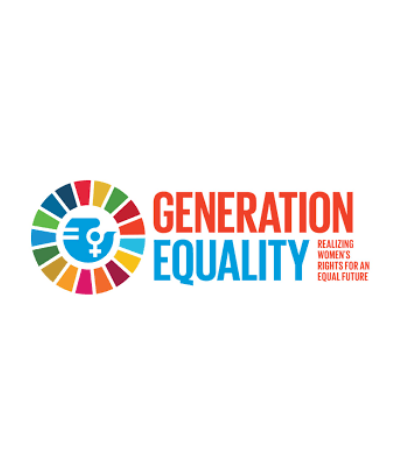 Action Coalition on Technology and Innovation for Gender Equality

Register for the roundtable here: https://bit.ly/3iYuAbD

Please scroll down for the details of the roundtable.

Urgency and Opportunity in 2021

After decades of slow and fragile progress, the global pandemic has further exacerbated gender divisions and inequalities. Emerging evidence on the impact of COVID-19 suggests that women’s and girls’ lives will be affected disproportionately and differently from men and boys. Across the globe, women earn less, save less, hold less secure jobs, and are more likely to be employed in the informal sector. Their capacity to absorb economic shocks is, therefore, less than that of men. Girls have had their education disrupted, do not have equal access to online learning, are at greater risk of exploitation, child labour and risk of violence in their homes. The world needs a reckoning moment for gender equality and human rights, and the responsibility lies on all of us.

UN Women, in collaboration with the governments of Mexico and France, and philanthropic, civil society, international organisations and private sector leaders have launched a renewed movement for gender equality. The movement will kick off with the Generation Equality Forum, a global, multi-stakeholder gathering that aims to undertake concrete, ambitious and transformative actions to achieve immediate and irreversible progress towards gender equality. The year 2021 will represent a critical moment for engagement, the opportunity to hear the voices of a new generation of gender equality advocates and offers a once-in-a-generation opportunity to address what the UN Secretary-General has called “unfinished business of our time, and the greatest human rights challenge in our world.”

The Beijing Declaration and Platform for Action was created twenty-five years ago by advocates who wanted to change the status of women globally by the year 2020 and was unanimously adopted by 189 countries. The declaration remains the strongest international consensus on gender equality and women’s rights ever produced by the world’s governments.

Unfortunately, it has been more than two decades since the declaration, and no country in the world has achieved gender equality. Instead, abundant data show that considerable gender gaps remain. Women’s global labor force participation is now lower than it was 25 years ago. The pay gap has mostly remained unchanged. Women and girls everywhere are still less likely to have access to technology. Girls are far less likely to see women run countries or companies, and they are far more likely to face poverty.

The COVID-19 crisis has exacerbated the situation, threatening recent and fragile gains in girls’ education and maternal health, and exposing women and girls to even more violence at home.

“The world is at a turning point. The Beijing conference came at a high-water mark of democracy and multilateralism in the world. Gender equality advocates were cautiously optimistic that democratic and accountable governments would respond to women’s demands for sweeping change in laws, policies, practices, and social norms across all dimensions of society. Now, in an increasingly unequal world, the future looks much more uncertain.”

This stagnation and the collective failure to improve the status of women and girls has enormous implications for the achievement of global peace and prosperity. This undermines efforts to achieve the Sustainable Development Goals (SDGs) by 2030 and uphold the global promise to leave no one behind.

Generation Equality and the Action Coalition on Technology & Innovation

To mark the twenty-fifth anniversary of the Beijing Platform for Action and galvanise meaningful action, UN Women is organising two Generation Equality Forums (GEFs) in Mexico City in March 2021 and Paris in June 2021, complemented by a long-term, multigenerational advocacy campaign. The GEFs are global hybrid gatherings, convened by UN Women, and co-hosted with the Mexican and French governments.

Generation Equality Action Coalitions are global, innovative partnerships that focus on achieving tangible results to advance gender equality. These Coalitions focus on six themes based on data-driven consultations to help tangibly advance gender equality and women and girls’. Through collective working groups, the coalitions will define and launch a set of concrete, ambitious and immediate actions within the period of 2021-2026.

By singling out innovation and technology as one of the six Action Coalition themes, the GEF’s conveners are urging the world to focus on harnessing technology to advance gender equality. They are also recognising the catalysing role technology can have in helping achieve all the other coalitions’ objectives and accelerating progress.

Young women and girls have a crucial role to play in building and designing this coalition. The digital revolution is one of the major shifts that have taken place since the Beijing Conference, having profound effects on gender equality and women’s rights in all spheres of life. A whole generation has grown in the digital age, in close contact with the Internet through computers, tablets or mobile phones. These “digital natives” have a unique perspective on how to harness technology to advance gender equality. They also have a critical role to play to amplify the voices of the youth excluded from the digital world and the most at risk of being left behind.

Youth engagement in the AC process

The Forum already benefits from the Generation Equality Youth Task Force which has been put in place to guide efforts to place young people at the center of the Beijing+25 process. The Action Coalition benefits from two youth groups leaders who will be one of the stakeholder groups actively designing and shaping the actions to be championed by the coalition.

The leaders of the Action Coalition on Technology and Innovation for Gender Equality also seek to hear diverse youth’s point of view, experiences, ideas and contributions and make sure young women and girls are in the driving seat and can contribute at all stages of the coalition’s blueprint development process. This is why a youth roundtable is organised to give the opportunity to young women girls all around the word to share their experience and lead an open dialogue to formulate concrete asks for the coalition’s leaders while they are developing the coalitions’ blueprint.

An intersectional approach addresses the intersection between gender and other inequalities and the complex, cumulative way in which the effects of multiple forms of discrimination combine and overlap.

An intersectional approach to technology and innovation goes beyond the idea of multiple forms of discrimination by insisting that these oppressions cannot be viewed within an additive framework, and that women’s experiences of inequality must be contextualised within an understanding of simultaneous, intersecting inequalities.

The Action Coalition leaders have committed while designing and implementing the actions to take into account people’s overlapping identities and mutually constitutive experiences, to seek other points of view and the intersectional narratives of marginalised individuals or groups.

This concept note may use simplified language and refer to “women and girls”, however that language does not seek to define people by a singular identity. The roundtable will be intersectional and reflect the multi-faceted realities of young people living with disabilities, trans and gender non-confirming people, people on the move, underrepresented racial or ethnic minority groups, among many others.

Each presenter will focus on a topic relating with one of the coalition four potential sub-themes:

Part 2: Questions from key stakeholders and the audience (20 min)

This will be an interactive dialogue open to all participants.