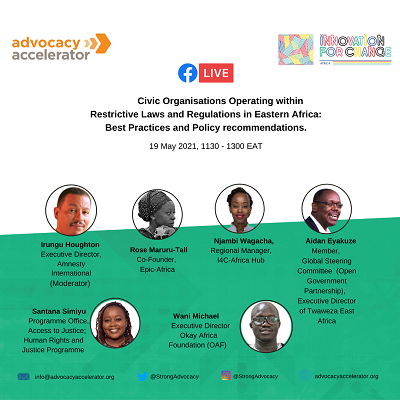 Civil society is a central pillar of democracy and a critical layer between state, business and family. In all their diversity, civil society actors have sought to fulfil crucial roles, which include:

• Delivering services to poor and marginalised people;
• Giving excluded communities a voice in processes that affect their lives;
• Advocating for positive change on a wide range of issues;
• Holding governments and powerful non-state actors to account.
These diverse roles promote inclusive and sustainable development in line with the Agenda 2030 and make these goals relevant, useful and powerful for local actors. Civil society is dependent on the active recognition by governments of their duty to uphold the key rights held by their citizens.

Freedom of association is one of the rights-based pillars that underpin civic space. Although there is no single definition, civic space is the public arena in which citizens can freely intervene and organise themselves to defend citizens’ interests, values and identities and claim their rights to influence public policymaking and/or call power holders to account.

The Open Government Partnership (OGP) Global Report notes that challenges to freedom of association are experienced in nearly 40% of the 78 OGP member countries, and whilst not uniform across nations, include:
• Restrictive funding regulations:
• Burdensome registration processes
• Strenuous governance and operational requirements
• Onerous reporting requirements
The impact of these restrictive measures on civil society actors varies depending on their specific contexts. 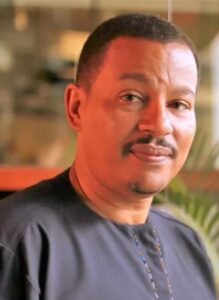 Irungu Houghton currently serves as Executive Director for Amnesty
International Kenya. As Amnesty’s spokesperson and chief strategist in
Kenya, he leads a team of committed investigative researchers and
campaigners working to end human rights abuses and srealise the
rights and freedoms captured in the Constitution of Kenya.
Over the last 25 years, Irungu has worked and volunteered with some of
the most influential international sorganisations in the world including
ActionAid, Equality Now, and Oxfam International. In these capacities,
Irungu has advised several African Governments, the African Union, and
the G8 among others. 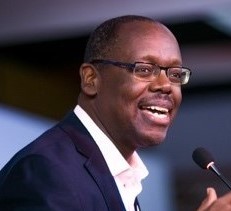 Aidan Eyakuze, a Tanzanian national, is Executive Director of
Twaweza East Africa. Twaweza works to enable children to
learn, citizens to exercise agency and governments to be more
open and responsive in Tanzania, Kenya and Uganda. In May
2016, Aidan was appointed to the global Steering Committee of
the Open Government Partnership (OGP). In September 2020,
he was elected as co-Chair of the OGP. He is also on the
Board of the Global Partnership for Sustainable Development
Data (GPSDD).
Before joining Twaweza, Aidan was Associate Regional Director
of the Society for International Development (SID) based in Tanzania. He has 15 years of
experience as a scenario practitioner having participated in and lead national scenario-building
projects in Kenya, Tanzania, South Africa, Nigeria and East Africa. Aidan is an Archbishop
Desmond Tutu Leadership Fellow and a member of the Aspen Global Leadership Network (AGLN). 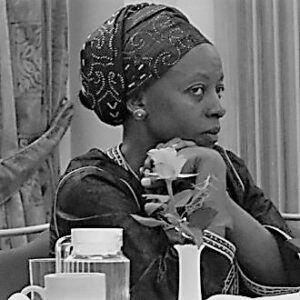 Rose Maruru is a co-Founder of EPIC-Africa, a Senegal–based
non-profit organisation, whose mission is to fill critical data and
capacity gaps in the philanthropic marketplace in Africa. Their
platform supports the growth of a vibrant philanthropic ecosystem
with diverse, influential, sustainable African civil society groups at
the centre.
EPIC-Africa in partnership with the Rockefeller Foundation,
launched the first African CSO Excellence Awards to highlight the
importance of organizational capacity to achieve program impact.
They call on like-minded institutions and individuals to join them
in building a thriving and resilient civil society sector in Africa.
Previous roles include being the Director of Operations at Trust Africa, Senegal; Bids and Proposal Manager for the Population Council, USA; Advisor to the Coalition for Children’s Rights in Yemen; and Program Manager at Save the Children in Egypt, The Gambia and the USA. 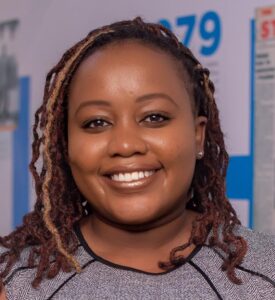 She is a human rights lawyer with a passion for constitutional law. Before joining the ICJ team, she worked in two law firms: Asiema and Amadi Advocates and Mauncho and Company Advocates, and did her pupillage at the Attorney General’s office. She dedicates most of her time to conducting advocacy, research, project design, and implementation.

Santana Simiyu is an advocate of the High Court of Kenya. She holds a bachelor’s degree in law (LLB) from the Catholic University of Eastern Africa and a Postgraduate Diploma from the Kenya School of Law. 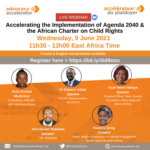 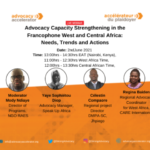 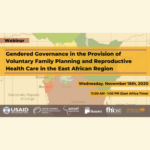 Webinar: Gendered Governance in the Provision of Voluntary Family Planning and Reproductive Health Care in the East African Region