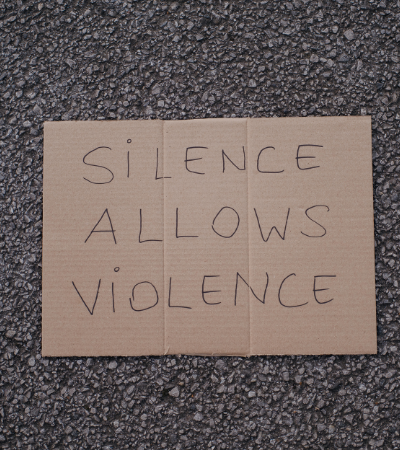 For the better part of 2020, East African countries battled to contain the spread of COVID-19 with over 306,252 cases reported across Kenya, Uganda, South Sudan, Ethiopia, Tanzania, Burundi and Rwanda as of 3 January 2021 (WHO). Kenya and Ethiopia make up the majority, with 98,334 and 128,616 cases respectively. Aside from the devastating loss of livelihoods, the pandemic magnified violence and structural inequalities against the most vulnerable. As the stay-at-home orders came into force in an attempt to stop the spread of the disease, women and girls found themselves in lockdown with their abusers and isolated from their support networks and essential services. East African governments’ inadequate response at the height of this crisis within a global crisis exacerbated the situation.

In Uganda, the police received reports of 3,280 cases of GBV during the first month of the lockdown, prompting President Yoweri Museveni to call on couples to use dialogue to resolve domestic conflicts. Aside from violence in the home, gender non-conforming groups were hit hard with constant arrests for purported “negligent activities that are likely to spread infections” and vicious waves of violence from the police. According to activists, this police brutality has provided a cover or a pretext for homophobic violence in communities.

In South Sudan, the closure of schools left girls at greater risk of defilement, harassment, early marriage, female genital mutilation (FGM), teenage pregnancies and a disproportionate burden of domestic work. Additionally, as noted by the Narrative Hub, a non-profit organisation operating in South Sudan, the closure by the government of all non-essential services, including clinics and pharmacies, affected women’s ability to access contraceptive services. This has effectively compromised women’s ability to exercise their reproductive health rights.

Only two weeks into the COVID lockdown in Kenya, the National Council on Administration of Justice reported a 35.8 percent spike in cases of sexual offenses across the country. Perpetrators were overwhelmingly found to be close relatives, guardians and/or persons living with the victims. Among the first responders to incidences of Sexual and Gender-Based Violence (SGBV) during the pandemic, the Centre for Rights Education and Awareness (CREAW) recorded a 54 per cent increase in the number of women and girls making frantic calls to report violations and seek referrals to safe shelters. Similarly, the Gender Violence Recovery Centre (GVRC) recorded 327 GBV cases in March, as compared to the 250 cases that they would normally attend to prior to the pandemic. Prof Margaret Kobia, Cabinet Secretary (CS) Ministry of Public Service, Youth and Gender Affairs reported a 42 per cent increase in GBV in the months of March and April 2020, with sexual abuse forming the majority of the cases. She attributed the sharp rise in GBV to families being forced to be at home amidst increased unemployment and heightened stress levels

Beyond East Africa, stress triggered by COVID-19 lockdowns and economic uncertainty is also proving catastrophic to women’s health, livelihoods and bodily integrity. Deeply entrenched societal attitudes and patriarchal norms that aggravate violent acts towards women and girls have been magnified during the pandemic. In May 2020, the Nigerian Police Force noted that a total of 717 rape cases were reported as the police moved to enforce the curfews and stay at home orders. Also reported is in an increase in reports of child sexual abuse and exploitation. In South Africa, President Cyril Ramaphosa has dubbed GBV a “second pandemic” as police records show that a woman is killed every three hours. Within weeks of the South Africa lockdown, police had received 10,000 complaints of domestic violence.

Paradoxically, as GBV cases rose to unprecedented levels in Kenya, government response declined as attention shifted to COVID-19 containment. Restricted movement in the face of lockdowns has made it harder for victims to report abuse and seek help via established GBV referral pathways such as access to police, shelters and psychosocial support. Of Kenya’s 47 counties, only Makueni County now has a fully-fledged state-run shelter offering integrated GBV services to survivors. As countries like France converted hotels into temporary shelters for GBV victims, despite the public acknowledgement by the Kenya government of the rise in GBV, its response has been limited to a Presidential order for the National Crime Research to investigate the vice; the otherwise underwhelming response has eroded and undermined the progress made over the years to create safe spaces for women and girls.

In the early months of the pandemic, East Africa’s governments deployed great efforts to respond to the material needs that arose. The government of Rwanda, for example, took commendable steps to provide food and meet the basic needs of its most vulnerable citizens. Many individuals and the private sector quickly embraced this initiative.

However, the response to the shadow pandemic of gender-based violence was led by civil society organisations, among them women’s rights organisations from across East Africa. They quickly adapted to provide vital support services to survivors during the pandemic. In Uganda, women human rights defenders led by the Uganda Network on Law Ethics and HIV/AIDS (UGANET) established a toll-free 0800-333-123 line  to respond to cases of gender-based violence. The toll-free line provided tele-psychosocial support, legal aid and referrals to media and digital campaigns advocating for healthy and non-violent relationships. In Kenya, CREAW expanded their safety net initiatives to include cash transfers to survivors of gender-based violence, distribution of dignity kits and provision of shelters to accommodate survivors as they reorganize their lives. The Coalition On Violence Against Women (COVAW) launched a campaign Wapekimbilio, that seeks to establish shelters/ safe houses for survivors of domestic violence in different counties in Kenya. The organisations also petitioned their respective governments to integrate GBV services in their COVID-19 mitigation efforts.

In addition, feminist funders such as Urgent Action Fund Africa, provided much-needed support to women’s rights organisations, activists, feminists, gender non-conforming (GNC) groups. Specifically, the Fund supported the provision of dignity kits and support to survivors as well as the provision of shelter to accommodate survivors as they reorganised their lives. The Fund supported the creation of awareness on GBV and lobbying or petitioning governments to integrate GBV services into their COVID-19 mitigation efforts. These mitigation measures included setting up shelters and documentating of the GBV issues/challenges that women, girls and GNC faced during the pandemic.

It is, therefore, important to increase investments and commitments on initiatives that seek to address the root causes found in gender, social norms and discriminatory communal and institutional structures. We must also ensure that we do not roll back the gains made in recent years and widen the gender gaps.

The response to rising GBV cannot be left entirely to civil society organisations. There is a role for governments to play in rolling back GBV: this includes increased investment in initiatives that seek to address its root causes which lie in social norms and discriminatory communal and institutional structures. We must also ensure that we do not roll back the gains made in recent years and widen the gender gaps. The experience of the Ebola outbreak taught us that epidemics leave women and girls particularly vulnerable, and that governments must apply targeted responses to mitigate the impacts of the pandemic on women and girls

Recommendations to Governments and Communities

The COVID-19 pandemic has gifted us the opportunity to address the root causes of violence against women. Right from the households to the communities, we must move to address power inequalities driven by age-old patriarchal attitudes that continue to use violence as a tool of control to exploit and trap women and girls in silence. [Governments?] It is important to increase investments and commitments for initiatives that seek to address the gender, social norms and discriminatory communal and institutional structures that promote GBV. We must also ensure that we do not roll back the gains made in recent years and widen the gender gaps.

Beyond governments, individuals and communities must take responsibility and be accountable for the actions and practices that endanger the lives of women and girls. The first step is to create safer communities for women, girls and vulnerable groups to move freely, live in dignity and enjoy their rights and freedoms as equal members of the society. We must all endeavour to address the social norms that force survivors into silence.

We Are Tired, So We Must Take Turns To Rest: Women’s Advocacy During Crisis 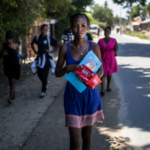 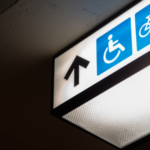 Persons With Disabilities Must be Prioritised in Universal Health Coverage 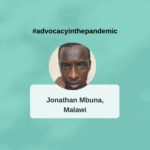