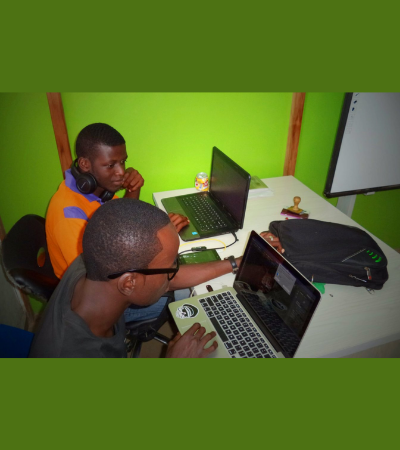 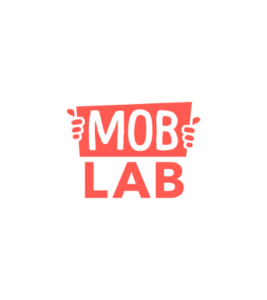 Not all digital activism is equally impactful, and direct action offers a kind of power other strategies cannot. 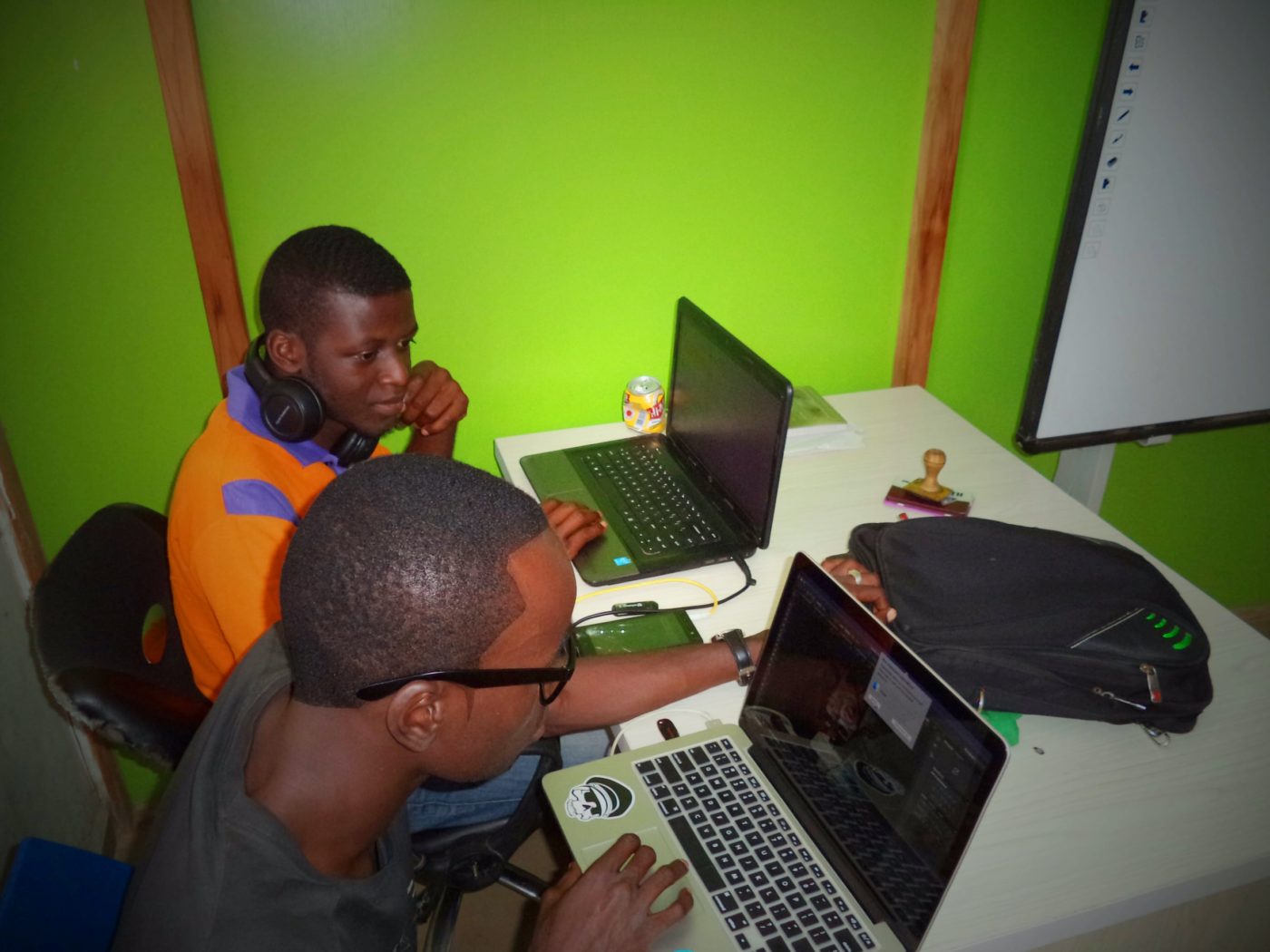 The pandemic has pushed much activism to the digital terrain, but simple migration to virtual lands is not enough. Activists, organisers, and campaigners should take strategic campaigning strategies with them on this journey.

One strategic campaigning strategy is direct action: tactics that seize power directly, instead of handing it to a third party, such as a political leader. The anthropologist David Graeber described direct action as “the insistence, when faced with structures of unjust authority, on acting as if one is already free.”

Direct action is as ancient as human conflict. The term itself is thought to be coined by the Industrial Workers of the World, and then expounded in a 1912 essay titled “Direct Action” by anarchist Voltairine de Cleyre, in which she hailed the Boston Tea Party and the American abolition struggle as exemplary applications of the principle.

Tactics like a disruptive blockade, a physical barrier that prevents opponents from passing, or the eradication of documents, such as the burning of draft cards, are considered direct action. They confront disparities in power without waiting for a target’s response, unlike traditional lobbying which appeals to those who hold formal positions of power. Edward Snowden, after becoming frustrated with internal complaint channels at the NSA and CIA, exercised direct action by leaking classified information to the public. “If the governments or the parties won’t address our needs, we will. It’s about direct action,” he said.

In other words, not all digital activism is equally impactful, and direct action offers a kind of power other strategies cannot. While millions of social media users might share a post, without direct action, activists might not actually be strategically building power for a cause. Those who employ digital direct action are sometimes able to breach the defenses of repressive governments to cause confusion and distrust, incapacitate websites, and disrupt virtual gatherings.

On January 16, 2019,  journalist-activists L.A. Kauffman and Onnesha Roychoudhuri, and Yes Men prankster Andy Bichlbaum led a team of volunteers to distribute fake copies of the Washington Post with the frontpage headline “Unpresidented,” announcing President Donald Trump’s resignation. Of course, Trump had not actually resigned, but the action drew attention to discontent with his policies and mandate.

#ShutDownDC activists—a group known for its direct action for climate justice—tapped into the same hoaxing spirit. They built a website in the name of the International Monetary Fund, or IMF, announcing debt forgiveness to 111 countries who owe debt to the IMF and are currently struggling financially during the Covid19 outbreak.

“Our insider partners told us this prank pushed the dialogue at the IMF’s annual meetings toward the question of debt relief,” said #ShutDownDC activist Nadine Bloch. “They said our prank dominated the press conference and congratulated us on poking the beehive.”

#ShutDownDC coordinated this hoax because they believe that debt acts as a form of colonial domination, profiting wealthy nations while poor nations cut social services at stressful times such as this Covid-19 outbreak to repay loans. In addition to the momentary panic the action created for the IMF, their hoax caught media attention, and shifted public conversation to the issue of debt relief as a form of structural social justice.

A DDoS attack, or distributed denial-of-service attack, overloads a host server. These attacks can make a government’s websites and online tools so busy that they can no longer function.

Authoritarians around the world are taking advantage of the pandemic to consolidate political capital and commit grave abuses of human rights. In response, some hacktivist collectives, such as Ghost Squad Hackers, are using DDoS attacks regularly to delegitimise governments—presently, those of Australia, India, Pakistan, Thailand, and Zimbabwe, presumably due to the conservative and repressive leaders in power in those countries—during the Covid19 outbreak.

In January 2019, Anonymous was credited for launching a DDoS attack on hundreds of websites owned by the governments of Sudan and Zimbabwe. This was done as retribution for widespread human rights abuses and internet censorship, and in solidarity with national revolutions in those countries.

Whereas the might of Zimbabwean President Emmerson Mnangagwa’s new regime was being displayed on the streets through the brutality of armed forces, the DDoS attack laid bare the state’s weaknesses in cyberspace.

“The attack heightened suspicions among government officials, leading to internal divisions, and a number of senior officials within the ruling party were forcibly reassigned,” explained Obert Masaraure, President of the Amalgamated Rural Teachers Union of Zimbabwe, whose members escalated a national liberation movement the month prior to the attack.

While no single tactic offers a silver bullet for political revolution, the DDoS penetrated defenses that marches and industrial strikes had not, eroding the trust and coordination within government leadership.

Much like a physical blockade or occupation of a workplace, a virtual sit-in blocks access to certain online tools and spaces. Whereas DDoS attacks can be carried out by a single person, virtual sit-ins feature the participation of many people who carry out simple instructions.

Virtual sit-ins are at least as old as the Electronic Disturbance Theatre, a collective of hacktivists, theorists, and artists who developed the FloodNet software that became known for its retribution against the right-wing Mexican Paramilitary that committed the 1997 Acteal Massacre against a Catholic Zapatista community, including members of the Las Abejas pacifist group.

Although tech has evolved since the heyday of FloodNet, its lo-fi essence remains the same. In 2015, Thai activists angered by internet surveillance and censorship coordinated simultaneous browser refreshing, disabling government websites. In Russia, those disgruntled by the state’s neglectful response to Covid19 are flooding Russian location apps with political messages. Activists can use scalable tech-layperson tactics like this to leverage their power.

Zoombombing is a tactic to enter private or public meetings held over Zoom, a software that has now become ubiquitous with working online during the pandemic, and interrupting those meetings.

The first to use Zoombombing as a tactic after lockdowns spread around the world were trolling women, people of colour, and interrupting progressive meetings. But shortly afterwards, progressive activists reappropriated the tactic for their own agendas.

In one example, activists used Zoombombing to show solidarity with tenants’ rights. London residents crashed an online party hosted by landlord Taylor McWilliams. Thousands of Brixton neighbourhood residents had petitioned McWilliams—also a DJ—not to evict a low-cost community grocer. Angered by McWilliams’ decision to proceed with an eviction during a global pandemic, activists disrupted his virtual set and made their demands.

Rapidly evolving to meet security and privacy demands, Zoom has introduced new anti-bombing measures such as automatic waiting rooms to allow administrators more screening time. The easiest way for those who still want to Zoombomb or otherwise digitally disrupt an opposing group’s meeting is to look for online events and register for them, hoping that they get into the meeting that they want to disrupt.

What makes any direct action effective is the authority it seizes without permission. Direct action will always exist while power imbalances do, but direct action tactics will constantly morph and change, just as the world also does. On the internet today, this might mean hoaxing the public and pretending to be the IMF, disabling state websites, or disrupting and reappropriating apps and online meetings.

The pandemic has created more opportunities to exercise direct action from within the walls of one’s home. This is undoubtedly a moment that will determine the evolution of the power direct action offers.

Phil Wilmot is Founder of Solidarity Uganda Correspondent, and Editor of Waging Nonviolence and Beautiful Trouble. 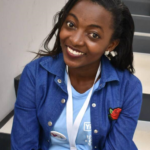 Clicking Away From The Norm: A Marriage of Technology and Advocacy 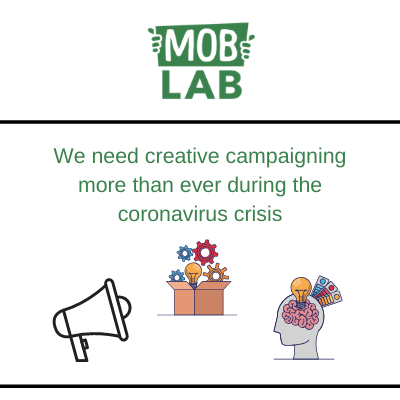 We need creative campaigning more than ever during the coronavirus crisis 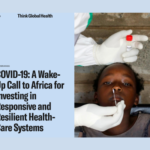 COVID-19: A Wake-Up Call to Africa for Investing in Responsive and Resilient Health-Care Systems 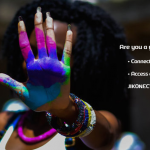