A crisis within a crisis: Advocating for LGBTIQ Inclusion in Africa in the Time of COVID-19 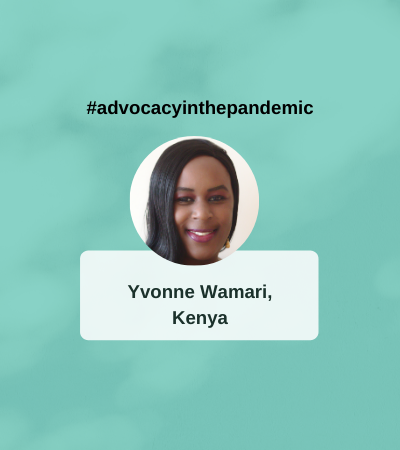 Advocacy for the human rights of LGBTIQ people in the African context is a challenge even in the absence of a pandemic. Only 9 of Africa’s 54 countries have decriminalised same-sex relations, Perceptions of LGBTIQ identities as un-African, pathological, deviant and dangerous persist. With the onset of COVID-19, advocating for LGBTIQ equality became harder, while simultaneously being more urgent.

Early on in the pandemic, OutRight Action International set out to understand how LGBTIQ people were being affected by the virus, the containment measures, and the corresponding economic downturn. The findings of our report “Vulnerability Amplified: The Impact of the COVID-19 Pandemic on LGBTIQ People”, released in May 2020, revealed that the crisis facing LGBTIQ people was worse than we thought.

The most cited challenge facing the  LGBTIQ  people OutRight spoke to was devastation of livelihood. All over the world LGBTIQ people are over-represented in the informal sector. They work without job protections , often relying on daily wages. Millicent Achieng from Kenya told us “most people live from hand-to-mouth and can’t afford to stay indoors because this would mean they don’t have any money or food.” A disproportionate number of trans women, in particular, resort to sex work due to discrimination in other sectors and yet due to COVID-19 even this work was not possible. Allie Dee, from South Africa, stated, “As a sex worker, the pandemic has affected my work heavily. Seeing clients in any capacity has dropped off.”

Domestic violence is the most prevalent form of violence faced by LGBTIQ people, and this period was no exception. Shamim in Kenya shared that loss of jobs and income forced many LGBTIQ people to return to their biological families, many of whom do not support or accept them. This resulted in psychological and physical violence, so-called corrective rape, and subjection to conversion therapy practices intended to “cure” LGBTIQ people.

Even without a pandemic, LGBTIQ people face discriminatory attitudes and harmful treatment in the provision of healthcare services. Amanda, in Uganda, noted that LGBTIQ people could not get tested for COVID-19, partly because of lack of tests but also because of the discrimination they face by healthcare professionals administering the tests. In general, she said that many LGBTIQ people would rather self-medicate than access health care and face additional stigma. Access to crucial medication, such as hormone therapy, or HIV/AIDS medication was also restricted. In Uganda, public transport was shut down, so people could not travel, even to obtain medication. In Zimbabwe, crucial medication was only accessible in government hospitals on one day of the week – anyone who could not make it, was forced to go without. In Kenya some pharmacies ran out of stock and travel to other pharmacies was not possible due to lack of means to travel long distances.

To escalate the situation further, religious leaders claimed that the COVID-19 pandemic was divine retribution for same-sex relationships and trans identities. Davis in Ghana reported that “The chief Muslim cleric here in his address on COVID-19 said that this is a punishment from God for LGBT people.” Linda in Liberia told us that a local pastor in Monrovia did the same. In Kenya Ochieng Ochieng, a trans man, noted, “negative rhetoric has made the environment volatile, it has implied that the locust infestation and COVID-19 are punishments from God for homosexuality.” There were many such examples.

The growing stigmatisation and blaming of LGBTIQ people for the pandemic also resulted in increased targeting of the community, while COVID-19 measures provided the perfect cover for abuses of state power. In Uganda, security forces arrested 23 people at a shelter for LGBTIQ people, alleging that they  had disregarded COVID-19 protocols. Meanwhile, in Liberia, a member of the Legislature threatened to put forward a bill to strengthen the law banning same-sex relations.

What makes things worse, is that the places where LGBTIQ people could usually seek help and support, such as LGBTIQ community centres and organisations that fight injustice and provide support to LGBTIQ people also had to close. Where they remained open, they struggled to survive under the economic strain resulting from the crisis.

Even where COVID-19 relief efforts were introduced by authorities or humanitarian entities to alleviate some of the challenges outlined above, more often than not they excluded LGBTIQ people. The administration of humanitarian aid is notoriously gendered. Food aid is often distributed to women, excluding gay men and trans people. Some humanitarian interventions are limited to “families”, excluding same-sex partners. Unemployment benefits and financial support is almost always restricted to those in the official workforce, excluding a disproportionate number of LGBTIQ people working in the informal sector.

The increasing vulnerability LGBTIQ people face as a result of COVID-19 in an already hostile environment means we need to be doing more advocacy, not less. We need to advocate against proposed changes that would further exclude LGBTIQ people, as well as advocate for more inclusive humanitarian responses to the pandemic. Unfortunately advocacy spaces were also shut. Important international events such as the Commission on the Status of Women of the United Nations, or the High Level Political Forum, and most events relating to the anniversary of the Beijing Platform for action – all very important international platforms for advocating for LGBTIQ equality –  were sized down and moved online.

Having identified the key issues facing LGBTIQ people, OutRight set out to ensure that the above findings were heard by those with the power to affect change. In this regard, we engaged in a number of advocacy initiatives.

First of all, we recognised that there could be no LGBTIQ advocacy without LGBTIQ organisations. So we launched a COVID-19 emergency fund to raise funds to support LGBTIQ organisations struggling to survive. We received 1,500 applications from across the world, 730 of those in Africa. OutRight issued over 100 grants amounting to more than a million dollars. This support enabled those organisations to respond to the new and amplified needs of their respective communities, to advocate for inclusive crisis response efforts, as well as to advocate against abuses of state power during the COVID-19 crisis.

We ensured that we were present in as many virtual advocacy spaces as possible. We reached out to and engaged with various UN mechanisms and agencies to raise awareness of our findings. We advocated for inclusive global responses to the crisis. We launched a webinar series to highlight our findings. The webinars targeted donors, corporate partners, governments and multilateral agencies, with a view to raising awareness and drawing attention to the specific and amplified challenges LGBTIQ people were facing at this time. We even partnered with the UN LGBTIQ Core Group to host a UN level event about the impact of COVID-19 on LGBTIQ people and what needs to be done to ensure that no one is left behind in relief efforts.

Meanwhile, we also continued engaging with our partners through webinars and virtual learning spaces on safety and security, fighting gender-based violence and “conversion therapy”, as well as other topics, to ensure that the fight for LGBTIQ equality, while needing to change and adapt to the circumstances, could continue.

Lastly, recognising the importance and power of giving individual activists and individuals a voice to share their story, we launched OutRight TV, a platform for interviewing and sharing the stories of LGBTIQ activists. In the first months of the series all the stories focused on COVID-19, and were used in direct advocacy efforts.

Through these efforts OutRight was able to ensure that the crisis within a crisis that the LGBTIQ people are in as a result of COVID-19, surrounding containment measures and resulting economic downturn did not go unnoticed. We did not delay in adapting our work, to engaging in virtual spaces to elevate the voices of LGBTIQ people, advocating for inclusive humanitarian responses, and continuing to work toward equality for LGBTIQ people everywhere. Through our fund, we were able to help over a hundred organisations, ensuring that they could keep supporting their respective communities. Through concerted communications initiatives, we grew OutRight’s visibility and recognition in advocacy and donor spaces where, in turn, we were able to continue advocating for increased resources and ongoing change.

This period was a reminder that quick action, creativity and visibility were key in successful advocacy for LGBTIQ people,  especially during times of crisis. 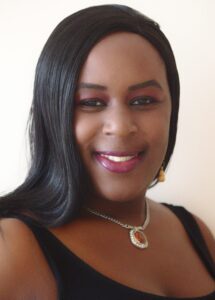 Yvonne Wamari is the Africa Program Officer at OutRight Action International, based in Kenya. Yvonne joined OutRight in 2019. She is a human rights defender from Nairobi, Kenya with nine years’ experience in advocacy, research and security management. She has worked with the Kenyan Section of the International Commission of Jurists and the Africa Centre for Open Governance (Kenyans for Peace with Truth and Justice). For the past six years Yvonne worked for National Coalition of Human Rights Defenders – Kenya as the Programme Officer- Advocacy, with a particular focus on human rights defenders. Yvonne is also a trained trainer, and has carried out various trainings to human rights defenders, journalists and others across Kenya on monitoring and documentation; advocacy strategies and physical and digital security management. She has worked closely with the LGBTIQ+ community and is part of the advocacy and legal strategy team in the campaign to repeal sections 162 and 165 of the Penal Code of Kenya.

Yvonne is an Advocate of the High Court of Kenya currently pursuing her Master’s degree in Human Rights from the University of Nairobi. 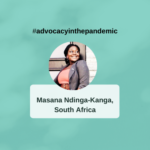 We Are Tired, So We Must Take Turns To Rest: Women’s Advocacy During Crisis 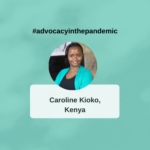 Feminist Advocacy During the COVID-19 Pandemic: How to Make Feminist Movements Crisis-Proof 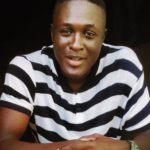 Advocacy: Young people around the table and not on the table! 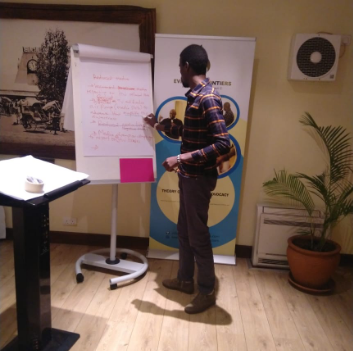